Passionate about comics, I've being developing my career around it, combining collaborations, special projects and freelance job.  I tend to learn new aspects of the business, the challenges and new experiences make my profile more thorough.

Volunteer
Victoria and Albert Museum, Museum of Childhood, Cartoon Museum
Feb 2014 - Sept 2014; London
Teacher for kids in workshops.
Set up the display of the exhibitions, gather up the artworks after finalization.
Stocktaking and monitoring of works.
Revise and security of the art rooms.

Teacher
Short summer course, approach and introduction, basics of drawing and composition, story telling and narrative for children (8-16 years). Course taught during the summer months at the following locations:

Government of Spain
Oct 2013
Jury member of the annual national comic award given by the government of Spain.
Public figure representative of Association of Spanish cartoonists. Proposal of candidates, study and filter of classified works, selection, promoting and winner releasing.

Training
With specialized art training in high school, the posteriors years I have been trained in new techniques and other aspects such as printing or book making. 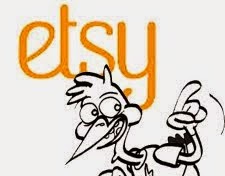